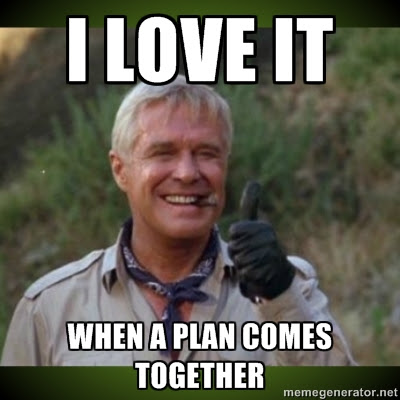 On September 30th, I ran the Brooksie Way Half Marathon and it went exactly as planned, but in some ways it was different than I thought it would be.

I arrived early and got a primo parking space near the porta-potties (not too close thankfully) and was near the race start. This was much better than last year, when we had to take the shuttle in. I wandered around for a while, looking for people I knew and hung out in various tents to keep warm. It would be ideal running weather, but not so much ideal standing around weather.

I found the majority of my Brooksie Way Half Marathon teammates before the race as well as Jeff from Detroit Runner and Matt & Janet from Faster Than a Turtle among others. Once we got ready to go in the corral, we were talking about what we wanted to do in the race. I told everyone I planned to keep between a 8:10 to 8:20 per mile pace, going a little faster at the start and to hang on through the hills to finish below 1:50, my goal from the start of the year.

Soon, the race began and, after the first half mile cluster, things loosened up and I began to hit my stride. I have never felt so good during a race in my life. I was running about 8 min / mile pace for the next couple miles, but I felt like I could have gone so much faster. I think I would have PRed any distance this day and had to reign myself in as not to overdo it.

Felt pretty good  for the first 6 miles and then felt the first signs of fatigue in my legs. It wasn't bad and came later than usual, but I thought to myself "So, this is how it's gonna be for the rest of the race." If only I were so lucky...

Paint Creek trail was nice and then you turn onto Tienken, where the hills start. Taken alone, each individual hill is not that bad. They're long but not ridiculously steep. What gets you is that they go on and on for about 4 miles with little relief. Sure, there are the downhills, but they don't make up for the uphills and serve a role in the tiring of legs. By mile 11, I had my energy, I was breathing well, but my legs were in pain. My whole upper leg hurt somethin' fierce. Thankfully, there was no injury, just pretty bad fatigue - even more than I felt during the Crim race.

Dunno what's up with the A-Team Theme

While early in the race I had delusions of grandeur, reality was coming down pretty hard at this point. I just kept pushing so that I wouldn't see that 1:50 pace group, whom I chose to cruise by early in the race, pass me up near the end. I never looked behind me and, to my delight, I never did see them. Heading up the final hill leading to the finish, I saw the clock and it said 1:49-something. Last year, I charged up that hill like a madman. This year, I didn't feel like doing that, knowing that I would beat my goal. Those couple seconds didn't matter to me at that point.

After finishing, I scarfed some oranges and other food down. Boy, did I hurt. That was the surprise of the race. Because I felt so good early, I think I was in shock that I felt so bad late. Beating my goal was supposed to be like a coronation, instead it felt like I had run the gauntlet.  I hadn't hurt that much after running since...well, last year's race, when my knees ached horribly (this issue has since been corrected with proper footwear).

I met up with most of my team after the race and just about everyone had a great race and set PRs. We headed to the team tent where this year, there was actually much food and drink. The drink was good and the food was decent (too much carbs - need carbs before a race, not after), but I was satisfied. Spent some time with my teammates, who are now my friends and then made the trip home, where the recovery began.

My official time was 1:49:09, which I am very happy with. My mind tries to play the "what-if" game. What if the course was flatter? What if I would have went faster when I felt good early on? What if I ran more miles and my legs were more prepared for the hills? And so on and so forth. Successfully, I managed to shut off the "what ifs" and am just happy with how I did.

I knocked off 15 minutes from last years race and 7 minutes from the spring, on what was an easier course. I had a plan and executed it well. I went from being to the bottom third of my age group to to top third in a year. I beat a goal that I thought would be the hardest one of the year. I am content but never satisfied and that is a good thing.