Ten full weeks of training are in the books with eight left to go!

So far, so good. I've been doing almost exactly what my plan calls for. In fact, I missed my first run of this training cycle this week (it was for a good reason, to help someone empty out a flooded basement).

After running my 17 miler this week at Paint Creek, I understand why you don't miss runs. It seemed to make this one much harder than it should have been. For me, a 17 miler may always offer challenges, but my Saturday one (and my Thursday run with the stroller for that matter) felt like I missed a month rather than one stinkin' run. Life happens, but I don't intend to miss any more.

I finally put up the medal holder my kids and wife made me for my birthday (last year - I'm bad). 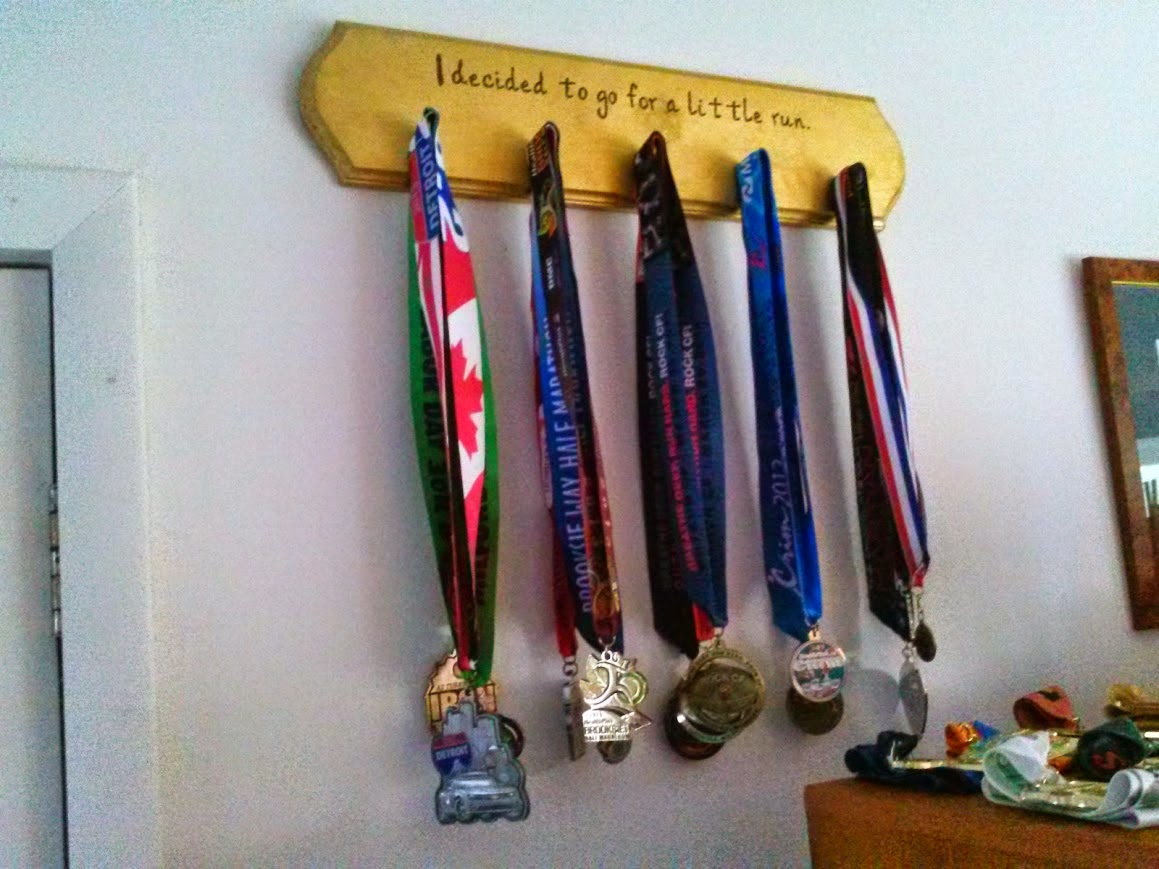 
Most of the other medals I have are Kona races I've paced and age group awards. I like the age group awards, but they don't look as cool as the "big race" ones and they don't all mean the same to me. A couple of them don't even have the race name anywhere (front or back). I remember what they are now, but not sure if I'll remember later. Guess I should write on the back or put a sticker on 'em.

I like the medals I have but never dwell on them. It is nice now that they are "on display", but they only show where I've been, not where I'm going. (I think I would fight someone if they took my Marathon medal though. :)

Eight weeks to Grant Park and beyond!

So much for blogging the weekly details of my marathon training. I'm a big picture guy anyway so here's it is: 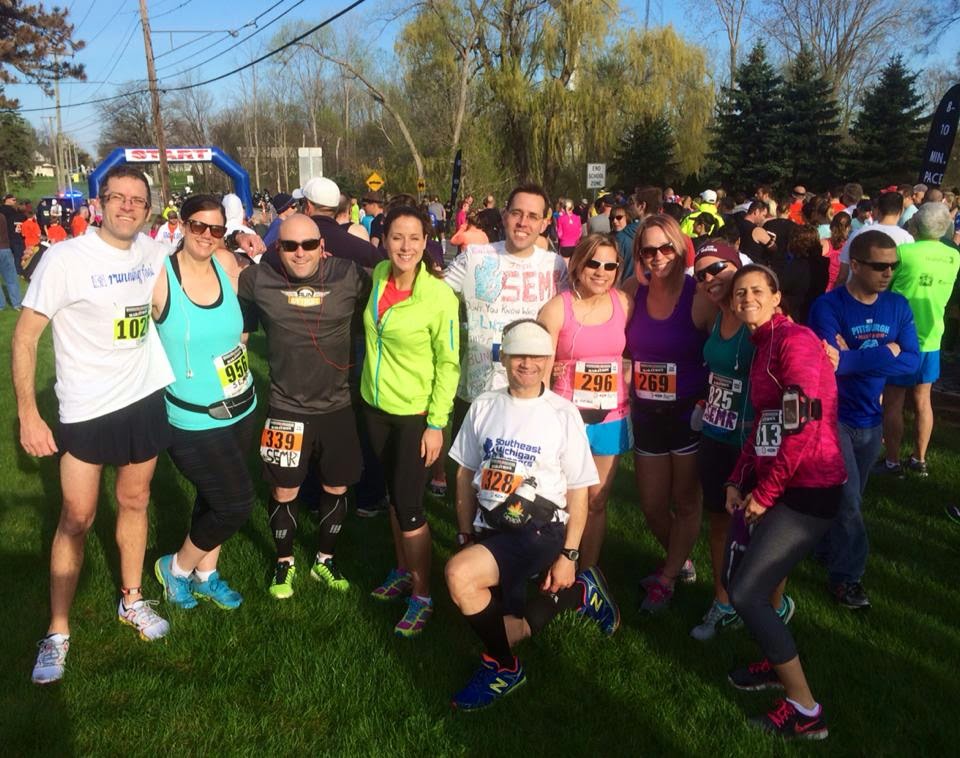 Marathon training is going pretty well as I approach the halfway point of my journey to the Windy City. I'm nearing the end of week 8 of 18 (with the end of week 18 being the Chicago Marathon). Using the Hal Higdon "Novice 2" training as a guide, I typically run Tuesday "short", Wednesday "mid-distance", Thursday "Short" and Saturday is my long run. Sunday is a cross-training day and Monday and Friday are rest days. This week I ran 4 miles on Tuesday, 7 on Wednesday, 4 on Thursday and will be running my longest run this year of 15 miles this Saturday for 30 miles total.

I'm handling the gradual increase of mileage very well. In fact, I have been tempted to run more (like adding a Monday run), but have resisted (probably wisely so). My runs during the week have all been after work and often a couple hours later due to family activities, weather and the like. I'm already tired when I start many of these runs. I don't have a physically demanding job necessarily, but I work hard and the day has a way of wearing me down. So far, without exception, I've gotten my 3 weekday runs in each week. I haven't worried about my pace too much. Every once in a while I push it a little, but largely my effort is rather moderate. After about 3 weeks of training, I started to feel stronger and now I am finally out of my "feeling undertrained" mode. It isn't a finished product yet, but I'm back on track.

For my long runs, I have been doing most of them with the Clarkston "Wolfpack". They are a group that has been running together for a few years. There is a mix of people from their 20's to their early 60's. Some of the older people in the group can deal. They outpace me in these training runs and probably could do so in most races too. There are Boston Marathon runners, qualifiers and near qualifiers. Most of this group is faster than me, and that is mostly a good thing. I'm pushing the pace of these long runs faster than I would alone and am running many of them near my marathon pace. I know that you're supposed to run a minute or so slower than your race pace, according to some experts, but I'm not killing myself to run this pace. 14 miles last week was reasonably comfortable. Perhaps my goal pace is too slow? (I don't think my goal pace is too slow)

For every training cycle, I've had a theme song and, up until this week, I had none for this one. Past songs include "In For The Kill" by Budgie, "Into the Arena" by Michael Schenker, "Go Faster" by the Black Crowes and "Built for Speed" by Motorhead. All fine songs, but I wanted something that was not used before and not on my normal running playlist. Last week, the song found me - "Painkiller" by Judas Priest.

It is apparently about a robot motorcycle savior to smite evil which has brought about Armageddon. Um, yea. I found a way to relate it to running by the title and through many of the lyrics which reference speed, power, redemption and crushing evil under wheels. Who could ask for more? Besides that, this is a pretty sweet song. I had heard it before, but just happened to hear it on the radio (probably XM Ozzy's Boneyard) and decided this was my jam. 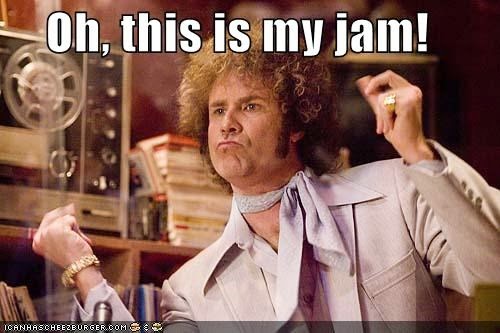