The Student Becomes... The Master?

While I have learned much over the past couple years, I have a lot more to learn about running. However, I have gained quite a bit of insight into many things and feel it is my duty to share that with others. 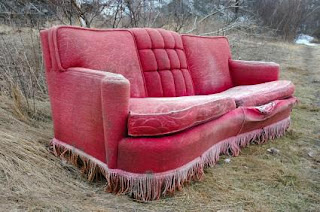 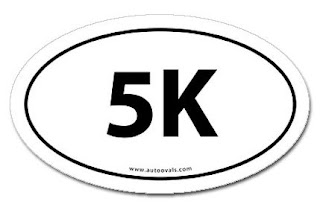 It had been something I had been thinking about for a while and had an opportunity to do something about it. As a result, I am now helping to lead a Couch to 5k group.

There are many valid methods of exercise and running is just one of them. Regardless of what method of exercise one chooses, it can be hard to start and harder to maintain. As such, doing something like a Couch to 5k program with a group can be a great way to get going. I also feel that the program is a good way to build a running base without starting out too fast and getting burnt out or injured.

The group that I will be leading will be starting out this Tuesday, April 30 - 6:15 pm at Bethany Church in Waterford, MI. Details are available here. We will have both running groups and walking groups available. If you're in the area, please feel welcome to stop by. It is free to participate and we'll be meeting for the next 8 Tuesdays. The idea is that we'll run together on Tuesdays as a group, and that participants will do the other two scheduled runs / walks on their own during the week.

A goal for many (I hope a lot) of the participants will be to run / walk at the Open Door Julie Run 5k / 10k on June 22nd (more info is available here). This race is like my "home race" to me. It is the first race I did as an adult, it is the one I've run the most times (this will be #5), it is the site of my current 5k PR and it supports a cause that is very important to me (supporting people in need in my own community).

I haven't posted anything in a while and I have a blog backlog, but I wanted to make this post first. I am excited about this opportunity and hope I can successfully lead this group to do good things.

I haven't blogged in a long time, so thought I should post something about my race today - the half marathon at the Martian in Dearborn. This may be the whiniest post ever, so I apologize in advance. Even though I'm likely to moan and groan in text form, just about any race is an experience and I'm happy that I got the race in today. With that said...

I decided to do this race when I became concerned / disappointed that I wouldn't be in top shape for the Rock CF Half Marathon (which I wrote about here - in a nutshell it went OK). It was three weeks after Rock, so I figured that would afford me time to get in better shape (it did a little) and that the weather would be better (it was not).

As the race approached this week, I wasn't as excited as I usually would be for a "big" race. It was wet and rainy all week. During the one run I did manage to do this week, I was chased back home by lightning before I was halfway done. I just wasn't in the mood to do the treadmill inside, I was wiped out from work, etc. The other thing I was non-plussed about was the race day weather. It was going to be cold. I'm sick of cold, don't like running in cold, just want it to be warm. For geek reference, it seems like we're living on that dreary, crap planet the humans were going to settle on when they were searching for earth on Battlestar Galactica (I had to look it up - they called it New Caprica). 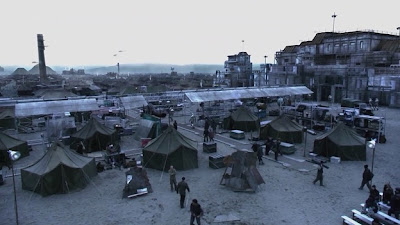 My pre-race prep was very low key. I didn't lay out my clothes, didn't plan my driving route, anything. Knowing my race was starting "late" (the half-marathon started 45 minutes after the 5 and 10k and 1:45 after the marathon), I decided to leave later than normal. That worked out fine except that I didn't really know where I was going and didn't know what roads would be closed. Once I got close, I ended up parking in a neighborhood about 3/4 mile from Ford Field.

The weather wasn't the disaster it could have been, but it was still too darn cold and moderately windy. Packet pickup was kinda a cluster. I got my stuff (bib, shirt, pin) ok, but the layout wasn't great - too small of a space for such a "big" race and it just didn't flow. There didn't seem to be a gear check and, since my car was so far away, I just ended up putting the shirt (which is a nice, tech shirt) on over my other shirts. I didn't want to do that - it was too hot once we got going - but I didn't have much of a choice.

I saw Ty and then found Kevin, who I had planned to run with, and after a couple minutes, we got in the chute before the starting line. The race started almost 15 minutes late, so we were standing there for about 20 - 25 minutes, in the cold. This was not helpful...

Once the race finally started, it was crowded and because the pace signs didn't go up until everyone was already in line and jammed in, they did nothing. It could have been worse, but there was still too much need for dodging of slower runners. While I felt fine and was breathing well, my legs felt like crap almost immediately. I don't know the last time they felt like that, but it has been a long while. I don't know if it was lack of running this week, standing around before the race, both or neither, but it was not pleasant. Not an injured feeling, but a tired, sore feeling, mostly at the backs of my legs.

I wanted to keep up with Kevin, at least for the first half of the race, but I only managed about 4 1/2 miles. I asked him to go ahead and leave me, as I didn't want to hold him back. Shortly after that I went from consistently passing people to being passed. Due to flooding, the course snaked through various subdivisions. The course was OK, but nothing special.

Ty passed me at mile 10 and I asked her to pull me along. It didn't work as she seemed to be getting stronger while my legs continued to fade. The odd thing is that I wasn't breathing hard at all - I couldn't make my legs move fast enough to tax the rest of my body. I was (am) in shape enough to do much better, but my legs were just not effective today.

Perhaps I sped up a little the last mile, and at the end of the race, once the finish line was in sight, I turned it on. I couldn't get my legs moving the previous 13 miles, but I passed 20 - 30 people in the last tenth of a mile. Maybe I was being wimpy and could have gone faster throughout or at least faster a bit earlier, but I don't think so. I just didn't have "it" today.

I finished in 2:04:09, my 2nd slowest half marathon finish out of 5, being only slightly faster than my half marathon debut in 2011. I'm disappointed that I didn't even break 2 hours and that I was slower than 3 weeks ago and that I was nearly 15 minutes off my PR. However, I'm not really upset and can accept the race results fine. It was an off day, my training is still not what it needs to be to allow me to improve and the weather has not been my friend. I'll be improving soon enough and will be faster, stronger and better.

I am excited that I will be leading a couch to 5k group starting Tuesday, April 30th at 6:15 at Bethany Church at 1375 Hiller Road in Waterford. This group will meet every Tuesday for 8 weeks leading up to the Open Door Julie Run 5k / 10k in Commerce Twp on June 22nd. If you're in the area, please join us! There will be a full post about this, but thought I'd mention it.

Have a good day!