The Long Road Back

After a 4 month partial hiatus, I have gotten back on a semi-routine running schedule for the last 3 weeks. I have discovered (rediscovered) that once you get out of your routine, getting it back is quite difficult. Right now, running is difficult again. Runs which were relatively easy are now a bit difficult. I'm not back to the beginning, but I'm coming out of the winter in the worst shape I've been in within the last 4 years. 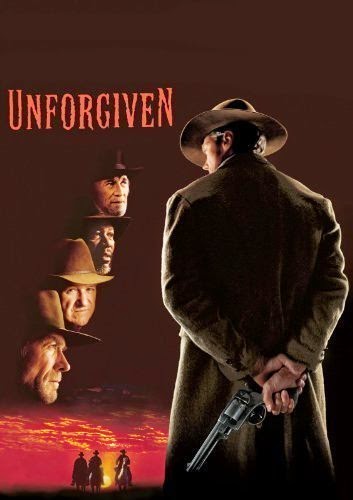 Perhaps a curious analogy, but I'm hoping that, like the aged gunslinger Clint Eastwood played in Unforgiven, circumstances will soon be as such that something will just click and I will be able to return to my previous form.

I have two weeks until my first scheduled race this year, a half-marathon relay race with a co-worker and "running pal" from work. We ran Rock CF together last year and thought it would be interesting to run a relay race, something neither of us have done. Looking at the times from the 2014 relay race, we thought that there would be a good chance for a top-10 relay finish with an outside chance at a top 3 result. I still think we have a decent shot at a top-10 finish based on past race results, but a top 3 result is probably not in the cards. Like most "local" races, it depends on who shows up almost as much as how we do. Neither of us are in peak condition right now, which doesn't bode well for being very competitive. This race was a nice excuse to (finally) try to get into shape for the year. I'd like to be 10 lbs lighter and a minute a mile faster right now, but it is what it is. I'm hoping that the next two weeks go well and that I do the best I can at the race.

I have only done two "long" runs (over 10k) this year to date, one each of the last two Saturdays. One 8 miler at Indian Springs and the other in Clarkston. Both runs were with the Wolfpack group. I brought up the rear at the run yesterday, but was close enough that I caught up to the group at the water stops. The people who showed up are fast, but my recent lack of training didn't help. Sometimes, running with people who are faster than you is what you need. I certainly wouldn't have run at the pace I ran yesterday if I was alone. It wasn't race pace, but I was uncomfortable and that can be a good thing.

After the relay race, I have no solid race plans, but I plan to do some 5Ks and 10Ks during the year. The hope is that by late summer / fall, I can PR both these distances and get close to some long-standing goals.

How did your winter training go? Did the cold weather (especially in February) disrupt your plans?