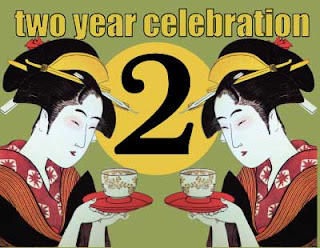 I  am celebrating my 2 year anniversary of my official return to running. While I had about a 3 month running streak the year before, that was more of a trial. In March 2011, I vowed (determined, resolved, um.. not sure the right word) not just that I would occasionally run, but that I would be a runner going forward for the foreseeable future.


"This year, I started up running again in late February with a greater sense of purpose and determination that this would not be a flirtation but part of a lifestyle change. I can and will be fit. I will become a decent runner and perhaps will evolve to be a good one.  I have been a dedicated runner for about 3 months now and do not intend to waiver in my efforts to improve and to become fit for me and for my family."

2 years in, I'm happy to say that I have kept it up. In most ways, I am near or at where I saw myself being (in terms of speed) after a couple years. In terms of being able to run distance, I am way beyond where I thought I would be. I don't know if I saw myself running half marathons or planning to run a full one. I just completed my 20th 10 mile plus run this morning. 10 miles, even after running for a few months, never really entered my thoughts early on.

I knew (and counted on) that running, in many instances, would be challenging, difficult, hard and there have been times that I just wanted to quit. As time has gone on, those bad days / weeks have lessened and, like other runners I've observed or read about via their blogs, I have grown to need to run. I need to do it physically and more so mentally. Running is one of my passions now, it is stress relief (big time), it is time to be alone with my thoughts, it satisfies a need to compete, it is more important to me that I ever would have considered. At this point, I can't just stop running and, if I had to stop for whatever reason, I would need to find something significant to replace it.

As part of this 2 year celebration, I have resolved to make the rest of March "Positivity Month" on this blog. (A post I read on Mrs. Miller's Miles encouraged me to do this) While I don't think I am particularly negative, I do notice a trend where I say good, happy things and then say "well, I could have gone faster", "it's too cold", "this condition hindered me", blah, blah, blah. I will get better, go faster and further and I don't need to make excuses, add conditions or the like to anything I do. I will do what I do and I need to be accepting of it. I am blessed that I am well enough to walk, run and race. I have put in a lot of work over the past couple years, I am in darn good shape and I am not nearly done. 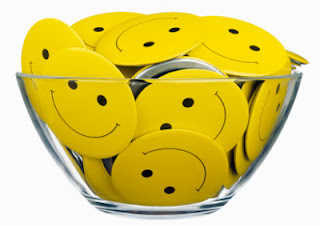 So I will start right now: I ran 10 miles this morning and it was my fastest training run over 10 miles ever. That's pretty cool. I ran 4 times this week and believe that will help get me into race shape! (It is really temping to put conditions on things!)

I'm going to be a pacer at the Shamrock N' Roll race in Plymouth next weekend and have my first half marathon of the year on Grosse Ile at Rock CF the following week and I'm looking forward to both! I've never been a pacer before in a race (I've done it in a couple instances for a couple people during practice runs) and think it will be fun and good practice for the race the following week.

Thanks to my family, my friends and my bloggy friends for all of your support over the past couple years!